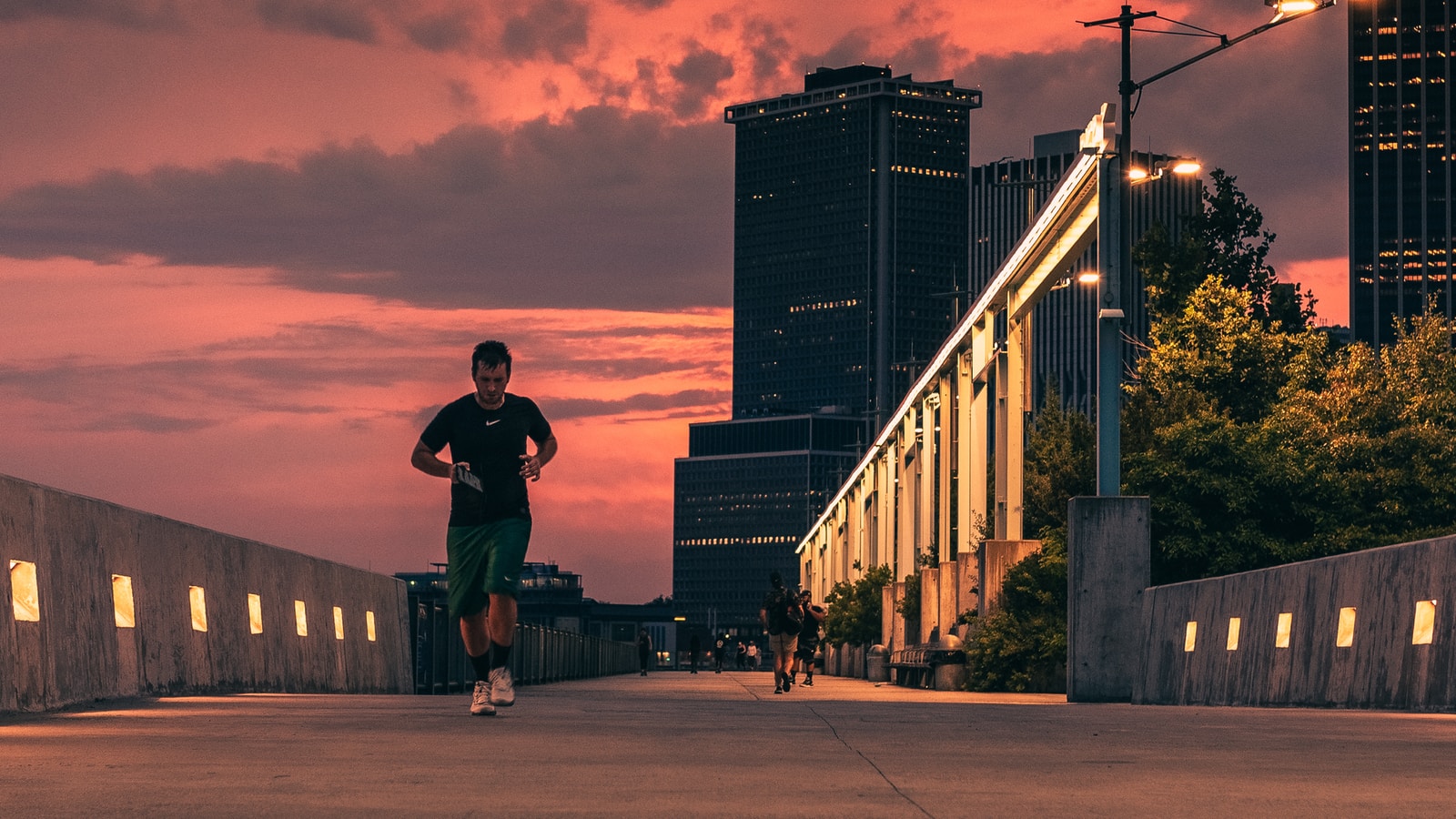 By Robin Allison LuptonFebruary 21, 2022No Comments

He looked at his pretty, young wife Shauna asleep in bed beside him, her golden ringlets curling over the white pillow. He didn’t dare touch her. He didn’t want her to see him like this. Luckily, she was a deep sleeper.

He slid out of bed and shuffled down stairs. He gripped the banister in his gnarled hand as he descended. The last thing he needed was to fall and break his hip before his run.

He skipped the coffee. He always did. He was worried the coffee smells and sounds would wake Shauna. He struggled into his running clothes and delicately pulled his shoes over his heels with the shoe horn. Tying the laces was the worst part. Velcro shoes for kids, Velcro shoes for the elderly, but Hermes wasn’t old, not really. He was just old for now and the old leather shoes he wore were too precious to be fitted with Velcro just so he could tie them more easily each morning. Velcro would compromise his belief and Hermes lived on belief, even if it was only in himself.

Hermes filled his water bottle and left the house. He didn’t stretch. He never did. Gods don’t worry about pulling their hamstrings. He just started his jog through the neighbourhood. It wasn’t even a jog at first. It was a joint screaming shuffle, but each time the soles of his ancient shoes hit the pavement, the little golden wings embroidered on each ankle caught the street lights and seemed to glow a little brighter.

After five minutes the shuffle turned into a proper jog. His joints worked better now. The jog turned to a run and the aches fell away. His muscles grew supple and he picked up speed. I can do this. I am speed. I am the runner, and the messenger. Each time he chanted to himself he believed in himself a little more. He saw himself in the reflection of a car window. He wasn’t old. He was 40 with a thick crop of curly hair. Two blocks later, he was thirty and his strong pecs rippled under his t-shirt. By the time he was rounded the corner he looked and felt like he had when he was twenty-five, back when he was a god in his prime and delivered messages to every corner of the globe at the speed of light.

Five miles later he jogged up his drive. The light was on in the kitchen. Shauna was up. He went inside and she handed him a cup of coffee. “You look refreshed.”

“I feel refreshed.” He drained the cup. “I have to get changed for work.”

“I don’t know how you can go for a long run every morning then walk around and deliver letters all day.”

Not for the first time he wondered what Shauna would do if she ever woke up in the night and saw an old man asleep next to her. He thanked modern man for blackout curtains.

He went upstairs and changed into his postman clothes. Other than Apollo he was the only surviving god from old Olympus and Apollo didn’t need belief, Apollo was a fact. Apollo was written in the cosmos. Everyone could see him shine up there.  Apollo never visited. He couldn’t. In modern times, the sun doesn’t leave the sky and it’s always daytime somewhere. At dusk Hermes ran up to see him. He gave him news from earth and they talked of the old days. They believed in each other and that made them stronger.

It’s too bad you can’t believe in something when you are asleep, he thought as he stepped into his mail truck.  It would be easier if he didn’t have to restore himself every morning. What if a morning came when he felt too old and weak to run? He shivered at the thought. No, as long as I run, I will be able to run, and as long as I am able to run, I will remain Hermes, the swift footed, the messenger of the gods.

He closed the door to his truck and went to deliver the mail of mere mortals.

The next day Hermes woke up an old man. He slid out of bed and shuffled down stairs. He gripped the banister in his gnarled hand as he descended. He shrugged into his running clothes and knelt before the shoe rack by the front door to get his running shoes. They were gone. In the shoe rack where they should have been was a brand new pair of Nikes. He picked up the shiny, too white shoes and fought the urge to hurl them at the wall. They smelled of plastic and cotton and department store air-freshener. The scent of them made him want to vomit.

He didn’t need to wonder where his shoes had gone. He knew. Shauna. How many times had his helpful, little wife nagged him about poor arch support and how dated and ugly his shoes were? He always disagreed and said they were nostalgic. He ran in the dark and how they looked didn’t matter. He claimed running in them made him happy. Now they were gone and he couldn’t fathom running without them. He had to find them before she woke up. He hoped to Olympus she hadn’t thrown them away.

What if she had thrown them away? The thought pricked terrifyingly at the back of his neck, and made his heart pound in his chest. He could feel his blood rush, thick and heavy, toward his brain. He was dizzy.  There was an ache in his left arm and his vision blurred. He gripped the shoe rack to steady himself, but he put too much weight on it, and now both he and the shoe rack fell over.

The fall took forever, and there was nothing he could do about it. He wasn’t fast enough to reach out and catch himself, so all he could do was watch the shoes and his frail body tumble toward the floor. Please don’t let this be how I end.  A blast of pain shot through his hip as he hit the wooden floor and his hip rattled like shattered glass in its socket.  He couldn’t stop a moan from escaping his lips.

The light went on upstairs.

He pushed through the pain and the only thought that echoed through his mind was Do NOT come downstairs.

There was silence. Then the sound of her feet hit the floor. “You don’t sound okay. You sound sick or something,” she called.

He could hear her put on her robe and look for her slippers. She’d be downstairs any second. What would she do when she came downstairs and found a 100 year old man wearing her husband’s running clothes? Hermes crawled toward the bathroom. He was so panicked he continued to clutch the Nikes as he crawled.

Please don’t let her see me.  He would have prayed, but who could he pray to. Himself, he was the only god left.

That’s right, Hermes, you are a god. The only real god. You are the fastest god in the history of deities, and gods do not crawl.

He pushed himself up onto his knees, and then to his feet. His hip screamed in protest, but it also seemed to realign and heal with every step.

She was on the stairs and her slippers whisper on each step as she descended. He stepped quickly into the bathroom and shut the door.

“Hermes are you okay. I thought I heard something bang?”

“I tripped and knocked over the shoe rack. Could you get my running shoes?”

“Are you sure you are okay? You sound funny.”

“I just haven’t had coffee yet. Bit of a frog in my throat. So my shoes?”

“I bought you new ones. Didn’t you see them? They’re Nikes.”

He wanted to scream. He wanted to say, yes, I saw the foam formed monstrosities that pretend to be running shoes, but he didn’t. He kept his voice calm and said. “Yes I saw them. Very thoughtful, but you know how I feel about shoes. I want my running shoes.”

She was silent for a moment.

“Sorry babe, I dropped a wine bottle yesterday when I was came home from grocery shopping. Some of the wine got on your shoes. I know how much you love them. I took them to the dry cleaners to see if they could get the stain out of the leather. I should have them back tomorrow. I wanted to tell you but…”

“You didn’t want to upset me.” For the love of god Shauna you do not take a god’s shoes to the drycleaners! Hermes squeezed the shoes in his hands in his fury, but said nothing.

“Please don’t be mad. It was an accident. I’m sure they aren’t the only pair of shoes you’ve ever worn. You must have run in others.”

That was true. In the beginning, back in Olympus he ran in winged sandals. He’d run in several pairs of shoes throughout the ages, but he’d had this most recent pair for decades, maybe even a century. They’d been resoled more times than he could count.

Hermes wondered why he put more faith in his shoes than himself. He almost laughed at the absurdity of the idea. Imagine a pair of old leather shoes making him a god. He was Hermes. He could run barefoot and still be Hermes.  He was what made the shoes special, not the other way around.

He slipped the Nikes on his feet. He didn’t turn to check his reflection in the mirror. He knew what he would look like. He opened the bathroom door. Shauna stood outside in the dim light.

“I’m really sorry about the shoes.”

Hermes wrapped her in his arms. “Don’t worry, accidents happen.” He kissed the top of her head. “These are comfortable, and you’re probably right. It’s time I got something with more arch support.”

“I’m glad you like them. That’s funny, I didn’t remember them having those little wings embroidered on the ankles.”

“Just like my old pair. I figured that was why you picked these,” Hermes said.

Hermes left Shauna to straighten the shoe rack and stepped out into the dark morning. For the first time in a long time he began his run with the swift footed strides of a young man. There was no pain, why should there be, he was Hermes. He was a god.

Robin Lupton is a writer, illustrator and runner, living near Southend on Sea in the UK. She is originally from Albuquerque, New Mexico. She has a five-year-old daughter and two cheeky cats. When she is not writing, drawing or doing mum stuff she works as Product Manager. She truly hopes you enjoyed this story. 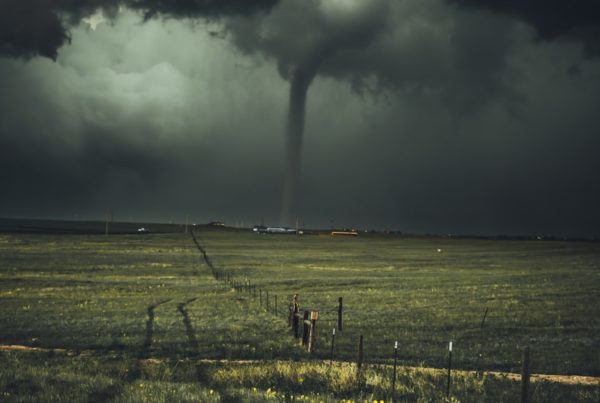 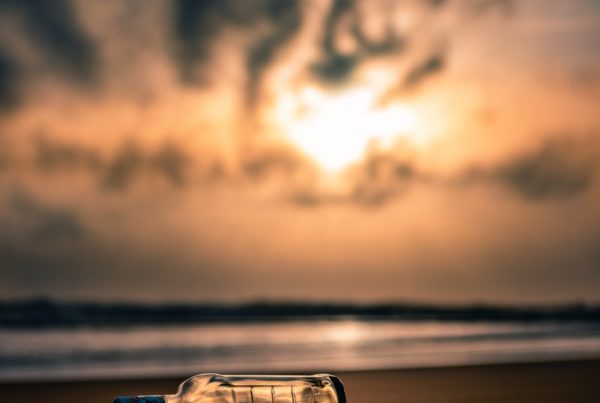 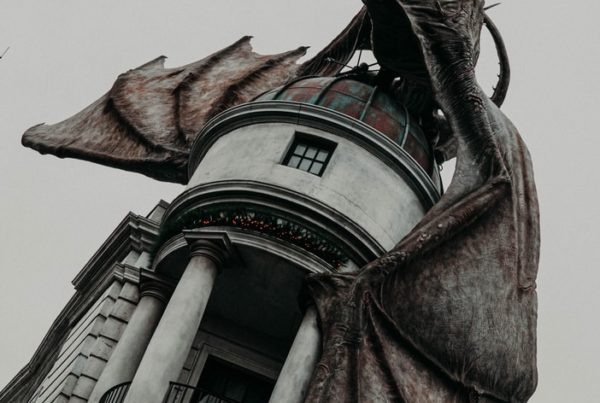